About to go fishing with his nehpews, Scrooge’s excursion is cut short when he learns that a cargo ship containing peanut butter (chunky style) has gotten lost in the Bermuda Triangle, making it three ships in 2 years that McDuck Enterprises has lost to the mysterious triangle. Arriving at the triangle, Scrooge and the boys meet up with several other shipwrecked sailors, as well as their leader, Captain Bounty. However, Bounty has no intentions of trying to escape, from the seaweed-encrusted triangle, and it’s up to Scrooge to change his mind, and avoid being devoured by the tentacled sea creature living under the seaweed. 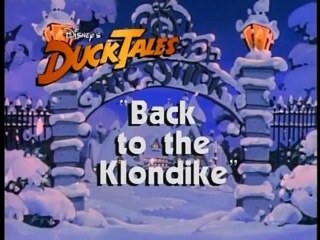