While trying to stop a group of antique store thieves, Monterey Jack becomes entranced by the smell of perfume. After the bust, Monty confesses that he was once in love with a female rat named Desiree D’Allure (who wore perfume when they first met), but left her at the altar on their wedding day after getting a cheese attack and going after a cheese truck. When Desiree returns, Monty is still in love with her, but Chip thinks Desiree is using Monty, prompting Monty to leave the Rescue Rangers. 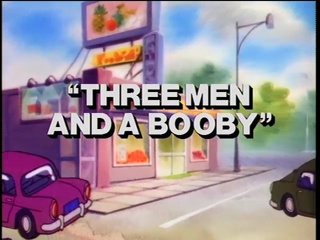 Three Men and a Booby Pound of the Baskervilles