Two extremely hungry bears, Windy and Breezy, make repeated attempts to raid a fish cannery, tenaciously guarded by an Inspector Willoughby-like security guard. Windy and his little son Breezy are enjoying an outing near a river stocked with salmon. The little bear tries vainly to catch some fish, but he has no luck. Windy watches his son with some amusement, and he then informs him that he has been fishing the hard way; there’s a much easier way to get all the salmon that anyone needs, and this is to go direct to the salmon cannery and help yourself. So Windy takes his little boy to the cannery and tells him to watch and see how his old man makes away with some fish. Windy enters the cannery, sees a filled sack, and walks out with it. Opening the sacks, he pulls out a midget watchman. The watchman reprimands Windy and tells him that bears aren’t allowed in the factory. Windy winds up the watchman like a mechanical toy and sends him on his way. Windy again enters the cannery, spies a box labeled “fish,” and carries it out. When he opens it, the same little watchman is inside. After several other attempts to get some salmon fail, Windy disguises himself as a big fish, which doesn’t pass inspection. Windy returns to the factory, gets into a dumbwaiter filled with salmon, and goes through the cooking and canning process along with the rest of the fish. The little bear watches the cans coming out and, noticing an extra-large one bouncing around with cries for “help” coming from inside, exclaims excitedly, “That’s my pop!” 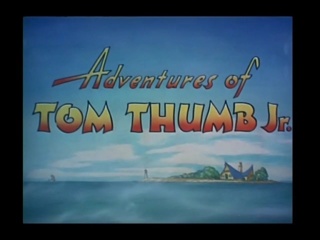